I called in at a local fruit shop today to get some oranges for a favourite pumpkin soup recipe. 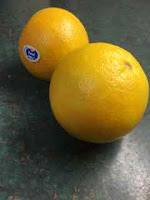 As I was squeezing the juice out of the oranges and zesting one of them, I thought about the fact that I call the proprietor of this type of shop a greengrocer, and I began to wonder what the connection is between a grocer and a greengrocer.

Once the soup was made, I looked at the Online Etymology Dictionary and discovered read  about the noun:

I haven't ever met anyone with the surname 'Grocer'. I wonder what the variants might be.

The Word Detective has a post about the connection of this word with the word gross.
The article says the Americans invented the word grocery. In Australia when I was growing up, my family referred to such a shop as the grocer's.

The Cambridge Dictionary has the usage as grocer's in the UK.

At the forum of wordreference.com, calvindebeverley has written about the American usage:


Ok here is the deal. I have no idea what the word grocer means in any part of the world than the US so take that to heart in what follows. The word grocery and grocer in the US refers to an old type of store. It was usually owned and operated by a family, father being the grocer, and it sold many different items in "Gross" or large quantities because most people lived so far out on their ranches and farms that they needed to buy in quanity sometimes even to get them through a winter. In the southwest it meant at times also a bar or saloon but that was just because people in the Southwest are just that way! LOL. J/K. As time passed small stores that sold food retained the name grocery. Today there are very few real grocery stores in the old sense probably only found in small towns. Now the food department of say Walmart is todays grocery. And the very hard to find "helper" would be what is left of the "grocer". Ok now I am hungry, er....maybe I need a drink after all this typing!


I haven't been able to find any other reference to the use of the word grocery to mean a bar or saloon.

I think this article at CulinaryLore.com is the most comprehensive one I  found.
And I enjoyed the word plays at Sesquiotica. com.

BTW, here's the recipe for the delicious pumpkin soup.

Posted by parlance at 20:21 No comments:

A friend said to me yesterday that she believes the most important thing we can do in life is be kind. I was so taken with her remark that I thought how wonderful it would be to sum up someone's life with the epitaph 'She tried to be kind.'

And then, of course, I wondered about the origin of the word kind.

The Online Etymology Dictionary says it is an adjective, coming to us through Middle English, Old English and Proto-Germanic. It originally meant 'natural, native, innate, with the feeling of relatives for each other.'

The sequence may have been: 'with natural feelings' via 'well-disposed', to the thirteenth century meaning  'benign, compassionate, loving, full of tenderness', which is the meaning I would assign to the word today.

I enjoyed reading this blog post on KindSpring, an uplifting piece that says this word is one of the oldest in English. The author of the blog loves his dictionary, as I do also. After writing about the pleasant discovery that kindness means 'nature', the post continues:

While these thoughts of nature swirled in my head, I decided to revisit the one book that holds so many truths for me - the dictionary. Seems odd, doesn't it? The dictionary? You see, I learned a long time ago that every word, like people, has a story. Every word started somewhere in time for reasons that are often buried in the dust of history unrecalled.

A man after my own heart. 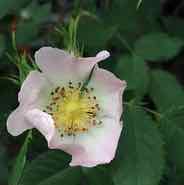 There has never been a time in the history of the planet where one species dominated to such an extent that it has the ability to destroy the  environment we all share. If we humans can't learn to be kind, i.e. know we are within and part of nature, the results may be disastrous.
Posted by parlance at 19:22 No comments:

A copy of Beautiful Universe appeared on our kitchen table recently, an old copy from 2010.

Leafing through it, I was captured by the glorious photos - but also enraptured by the gorgeous words. What's not to love about these?
anti-crepuscular
noctilucent
Leonids
moonbow
Sun pillar
Vulpecula
nebulosity
Thackeray's Globules
Albategnius
terminator line
Stephan's Quintet
pillars of creation
megaripples

And Mooselookmeguntic. Wow! I'd like to live in a place with that name, especially if I could look up and see Saturn, Mars, Regulus and the crescent Moon lined up across the sky.

I think I'll bookmark NASA's Astronomy Picture of the Day  to look at whenever the abysmal stupidity of the human race starts to get me down. It's a big beautiful universe out there, and we have words to describe it.
Posted by parlance at 19:41 No comments: